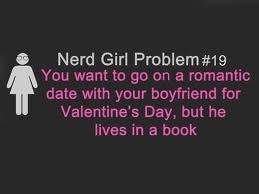 If you’re anything like me, you’ve often wished that the guys in books were actually real.  (I have a long-standing crush on Mr. Fitzwilliam Darcy that will probably never go away.)  Most of the guys I encounter just don’t measure up to those I read about…which might explain why I’m not married and have no desire to be.  My fictional boyfriends are too perfect to actually exist…or are they?  In my latest read, The Vampire Stalker by Allison Van Diepen, one girl discovers what it’s like when fiction becomes reality…

Amy Hawthorne is just a little obsessed with the popular Otherworld series of books. These books take place in an alternate version of Chicago where vampires run rampant and have driven out nearly everyone who could make the city a better place. Amy’s favorite character in the books is Alexander Banks, an intense, devastatingly attractive vampire hunter. Amy is so captivated by Alexander that she even writes fan fiction about him.

Amy is so enraptured by this fictional world that she can’t believe it when the living embodiment of Alexander crosses her path.  But this isn’t just some guy who bears an uncanny resemblance to her favorite character.  It actually is Alexander Banks, the vampire hunter from Otherworld.  How in the world did this happen?  Is Amy going crazy, or is something seemingly impossible happening right before her eyes?

The fictional world that Amy loves has quickly become a reality that she’s finding hard to handle.  While she’s kind of thrilled that Alexander is now a part of her life, she’s not at all happy about the fact that Alexander’s nemesis, the horrible vampire Vigo, has also entered her world and is terrorizing everyone in Chicago, including people close to Amy.

Can Amy and Alexander track Vigo down before he unleashes unspeakable horror on the city?  Can they figure out why Alexander and Vigo crossed into this world in the first place?  And what will Amy and Alexander do when the circumstances that brought them together threaten to tear them apart…forever?

While I’m totally in favor of the premise behind The Vampire Stalker–and I even kind of understand the concept of “literary physics” presented in this book (authors are just tapping into other dimensions when they write “fiction”)–the story itself was less than stellar.  Yes, it was a quick read, and it was entertaining at times, but something about this book just seemed a little off to me.  I can’t really put my finger on why this book didn’t really do it for me.  It just didn’t.  Maybe you can clarify things for me when/if you read Allison Van Diepen’s The Vampire Stalker.

For more information about The Vampire Stalker and author Allison Van Diepen, visit http://www.allisonvandiepen.com/, follow the author on Twitter @allisonvandiepe, and check out the book trailer below!