This book is for the grown-ups, folks. Evelyn, After is definitely not for a middle grade or YA audience.

Last night, I finished reading my 275th book of the year. I just wish I had enjoyed it more. Evelyn, After was a Kindle First pick a couple of months ago, and I started reading it on Christmas Eve. I guess I was in the mood for a change of pace or something. I went in expecting something similar to Gayle Forman’s Leave Me. Unfortunately, that’s not exactly what I got. 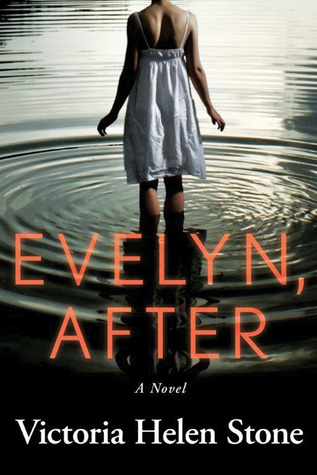 Evelyn Tester’s entire world comes crashing down with one phone call. Her husband, Gary, has been in a car accident, and he needs Evelyn to come to his rescue. There’s a problem, though. Her husband, a respected psychiatrist, is not alone. He’s with a patient…a patient he’s been cheating on Evelyn with for months.

Evelyn doesn’t want to believe that her husband could throw their lives away like this, so she ignores her instincts for a while. Eventually, though, her suspicions get the best of her…along with the stunning realization that her husband is hiding more than an affair from her. It seems that Gary’s car accident on that fateful night was much more serious than Evelyn could have ever thought.

Struggling to keep her world intact, Evelyn becomes obsessed with learning about the fallout from the accident and Juliette, her husband’s dirty little secret. She just has to know everything, no matter how much it hurts. The more she learns, the more she wants Juliette to hurt as much as she does. And that leads her to Noah, Juliette’s husband.

Evelyn didn’t go in with idea of forming a friendship with Noah. She simply wanted to see the man married to the vile Juliette. How could she possibly know how well she and Noah would connect? Or that he would unlock the ambition and identity she left behind when she became a wife and mother?

Soon, Evelyn and Noah are growing closer than anticipated, and Evelyn wants to hold onto these new feelings and the stronger version of herself that’s starting to emerge. But the truth of everything that’s come before is on a collision course with the person Evelyn is trying to become.

Who will Evelyn be when the dust settles? Find out when you read Evelyn, After by Victoria Helen Stone.

I’ve made this book sound pretty good, right? Well, it’s a decent read, but I just didn’t really connect with it. Truthfully, I thought nearly all of the characters were horrible, and the big, awful secrets that Gary was hiding (yes, worse than an affair) didn’t have enough resolution for me. Maybe that’s my issue. Then again, maybe not.

If you’d like to learn more about Evelyn, After to form your own opinions on this book, you can visit the author’s website. (She’s more well known as Victoria Dahl.)

As for me, I’m going to return to the land of children’s, middle grade, and YA books. Peace out.